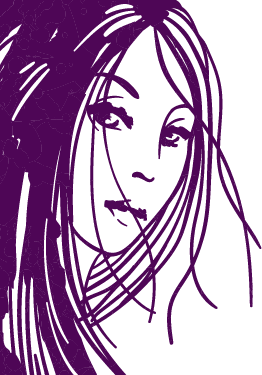 This article was written by Laura Godwin, M.P.H, and originally published by The Greenville News.

When this article was written, a woman who chose to place a child with a couple living outside of South Carolina had to go before a judge to state her reasons why she selected a specific family.  This step is no longer required, although a judge must preapprove a family living outside the state of SC.

Recently, The Greenville News published an article and cited the number of U.S. children in foster care: more than half a million. Most children who enter foster care do so as a result of neglect, not abuse. And this neglect is often because a single mother cannot properly care for her child due to limited resources as well as alcohol and drug abuse.

Long before these children became statistics, each mother could have increased the child’s opportunities, for each mother had a choice. In fact, each woman who becomes pregnant unexpectedly has three choices: To parent her baby, abort her baby or place her baby for adoption. Each choice is mutually exclusive, each choice is essentially permanent, and each choice will have society’s blessings, except one:  adoption.

The woman who chooses adoption is often viewed as a victim. “If she only had more resources, she wouldn’t have to ‘give up’ her baby.” Also, laws often make adoption a difficult choice. First, the birth mother will most likely be required to name the birth father, so he can be found and “exercise his rights.” And if he cannot be found, he must be notified—usually in a newspaper classified ad. Birth fathers do not respond to these ads; however, they do demean birth mothers.

Neither the single mother nor the woman having an abortion is expected to name the father. Can you imagine the reaction if a woman had to give the birth father’s name to an abortion counselor, and agree to an ad in the paper if she didn’t know the man’s address?

Now it can be argued one is a fetus whose life is ending, and one is a child who is going to live, so shouldn’t the birth father have some rights? Well, it all depends on the man. Men who make good fathers don’t need to be notified; they’re already in the picture supporting the mother and child. So why does a woman have to reveal the name and whereabouts of a man whose only contribution was the depositing of sperm?

Or if the child is already in foster care, why make great efforts to find a man who is not supporting the child?  The search for a dad, or perhaps a few men who might be the dad, is one more reason a child stays in foster care for months and even years.

One solution in many states (but not in South Carolina) is to have a birth father registry: a government service where a man can send his name so if a women gives birth to his biological child, he can be contacted. And if she decides to place the child for adoption, he can consent and know what has happened, or he can challenge the adoption—but only if his name is on the registry and if he has supported the woman during her pregnancy.

Here in our state a woman’s rights are further limited, for in South Carolina, unlike any other state in the nation, there is a law that forbids an infant or child to be placed with an out-of-state adoptive family unless there are “unusual or exceptional circumstances.” In other words, a baby can go out-of-state if he is handicapped, but if he is white and healthy, he needs to stay in state, so a South Carolina family can adopt him.

So if a birth mother wants to place her child with an adoptive couple in North Carolina, she must go before a judge in a courtroom (birth fathers do not have to go to court) and tell the judge why she has selected a particular couple. And if the judge doesn’t find her reason good enough, the judge simply can deny the birth mother her right to choose.

One birth mother said that after being abandoned by the birth father and rejected by her family, she had to face further disgrace by having to take the stand in court and explain the details of why she became pregnant, why she was placing her unborn child for adoption and why she chose a couple in another state.

South Carolina needs to establish a birth father registry so men can verify their paternity (and pay child support). And let’s get rid of the unusual and exceptional circumstances law that strips a woman of her constitutional right to select the adoptive family.

If South Carolina is a pro-life state, then let’s make adoption a wonderful choice, not a humiliating experience. Not only may the abortion rate go down, but perhaps fewer children will enter the foster care system.

*Article was originally published in The Greenville News, Thursday, September 11, 1997.